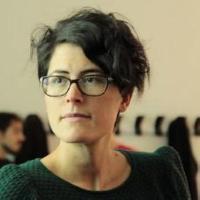 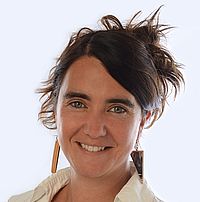 Abstract: In the digital age, the fields and professions related to computing are having an unprecedented impact on our lives, and on societies. As computing becomes integrated in fundamental ways in healthcare, labor markets, and political processes, questions about who participates and takes decisions in developing digital technologies are becoming increasingly crucial and unavoidable. This keynote addresses this pressing issue by discussing gender issues in computing through our experience running FemTech.dk. Denmark is often viewed as a progressive country with gender equality; therefore, the gender homogeneity displayed in computer science education often comes as a surprise. However, in 2016, only 8% of the incoming bachelor students were women at DIKU. This situation was the trigger for FemTech.dk, an action research project started in 2017 at DIKU. The project focuses on creating opportunities for young women with no prior interest in Computer Science to explore ways in which computing could match their personal interests. Unsurprisingly, our results show that there is no silver bullet to address the gender gap in computing. Throughout this project we have developed a great amount of insights which can be useful for engaging in similar endeavors and prompting discussions among those interested in addressing the issue of women as gender minority in computing. These insights include the importance of changing computer science departments from “within”, the relevance of challenging stereotypical and narrow definitions of computer science, and the instrumentality of interactive artefacts in prompting change.

Maria Menendez-Blanco is a post-doctoral researcher at the Human-Centered Computing section (HCC) at the University of Copenhagen. She obtained her PhD in Human-Computer Interaction at the University of Trento and before that she worked at Delft University and at Eindhoven University of Technology. She is the co-organizer of FemTech.dk. Her research focuses on interaction design for societal engagement with a special interest in how digital technologies foster, and hinder, democratic forms of participation. She a member of the program committee of several international conferences such as the Conference on Human Factors in Computing Systems (CHI) and Participatory Design Conference (PDC).

Pernille Bjørn is full professor at the Department of Computer Science, University of Copenhagen. She just returned from her Fulbright Scholarship at University of Washington where she established the research project AtariWomen.org which is dedicated to tell stories about women and other minority groups contribution to the gaming industry in the 1970-80s. Her main field of research is Computer Supported Cooperative Work (CSCW), and she has published work on healthcare, global software development, and IT entrepreneurship. Throughout her carrier she spend time abroad as vising researcher at University of California, Irvine, Simon Fraser University, and Indian Institute of Management, Bangalore, India. Currently she is paper co-chair for CHI2020 and CHI2021. For more information visit pernillebjorn.dk. 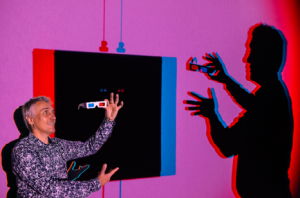 Abstract: Since the creation of the Laboratoire d’Hydrodynamique (LadHyX) of the CNRS and the École Polytechnique, I have been involved as a researcher and artist in “arts & sciences” projects in all disciplines (circus, theatre, design, contemporary art, music, etc.). My approach tries to give direct access to an imaginary using scientific language and concepts not to demonstrate, but to make sense.

The works I have created alone or jointly with other artists such as Ana Rewakowicz and Camille Duprat, Anaïs Tondeur, Aniara Rodado, the duets Evelina Domnitch Dmitry Gelfand, HeHe, or within the Labofactory collective founded with Laurent Karst and François-Eudes Chanfrault, are not intended to show or demonstrate scientific phenomena, to provide formal evidence or to reveal established facts. Rather, they suggest a different point of view, a destabilizing transgression, an uncomfortable comparison, a bodily experience, a metaphor for physics that would use the scientific imagination to reinvent our perception of the world and question the truth in its relativity and in all its fragility.

These shared adventures have led me to realize that my intention is closely linked to deeper meaning and commitment. The human species, which, on a geological scale, should have remained an ephemeral and marginal event, is confronted with a deadly threat directly linked to its own action and its casual use, without verbalization and questioning, of science and technology. The fascination that science exerts on everyone’s mind, starting with scientists themselves, remains extremely powerful, as evidenced by media coverage of the likely observation of the Higgs Boson or the black hole in the centre of the giant Messier 87 galaxy. Science therefore does not need to be re-invested but to be reinvested by humans, in order to allow new stories to emerge in thought and speech and to constitute a modern “song of gesture”, entirely devoted to sustainable actions on a global scale and to the emergence of ethical paths of thought, generally accepted. Scientists are beginning to understand that science and the scientific approach itself may be powerless to solve or even grasp the reality and meaning of, for example, climate change or the new frontiers that today’s questions of life and consciousness represent. Much of my scientific research and work combining art and science focuses on the question of climate change, and more specifically on how to predict, analyse and understand the scope, in the current state of knowledge, of the notion of the anthropocene; the controversial use of this term, which alone serves as a manifesto, calls into question the impact and ethics of mankind and requires a commitment both individually and collectively to define and build a new pact, an updated and shared new deal.

Such global problems and challenges are beyond the realm of science alone, which is designed to divide a complex and sensitive problem into several small isolated systems, until it reaches a stage where the issue can be the subject of a laboratory experiment, computer study or modeling in a scientist’s brain. Science was never designed to rebuild the fragile and complex system as a whole. We need a different protocol, another approach and a new analytical framework to address the challenges posed by the multiple, complex and transdisciplinary phenomena embedded in the concept of the anthropocene.

Art and science encompass all the performances and narratives necessary for this confrontation, question our beliefs and observations, but also the nature, legitimacy and ethics of our scientific practice without the usual restrictions imposed on critical thinking by an almost sacred and therefore impossible to question protocol of proof. Once this judicious common vision has been constructed through art, scientific narratives and narratives resulting from the association of science with art, it should permeate all the actions of all individuals and communities and, secondarily, undoubtedly contribute to defining and attributing to science a more reasonable path to follow, or at the very least to bringing back to it the possibility of critical thinking.

The possibility for arts & sciences research and creation to contribute to such a critical thinking and to construct alternative form of narratives of the anthropocene, will be illustrated on several examples of microclimate machines and installations.

Jean-Marc Chomaz is an artist physicist, director of research at the CNRS, professor at the École Polytechnique, co-bearer of the Carasso Foundation’s arts & sciences chair. He co-founded the Hydrodynamics laboratory of CNRS-École Polytechnique (LadHyX), which he chaired from 1990 to 2012, the laboratory of excellence Systems and Engineering of Paris Saclay University (LaSIPS), which he chaired from 2011 to 2019, and La Diagonale Paris Saclay in 2012. He has supervised 31 PhDs and co-authored 200 articles in peer-reviewed journals. His awards and distinctions include: CNRS silver medal, Grand Prix Ampère of the Academy of Sciences, fellow of the American Physical Society and of the EuroMech. His research focuses on the dynamics of soap films, biomechanics, instability theory, geophysical fluids and arts & sciences. As an artist, he is the co-founder with Laurent Karst of the collective Labofactory exhibited internationally: Infraespace, fluxus, Exoplanet, 2080, Redshift, Sky, Soleil Irrésolu, Black out…He has created with other artists more than 20 installations, Luminiferous drift, Absynth, Basic Transmutation, EP=EPR, the Nephelograph – mist impression, Memory of the ocean… 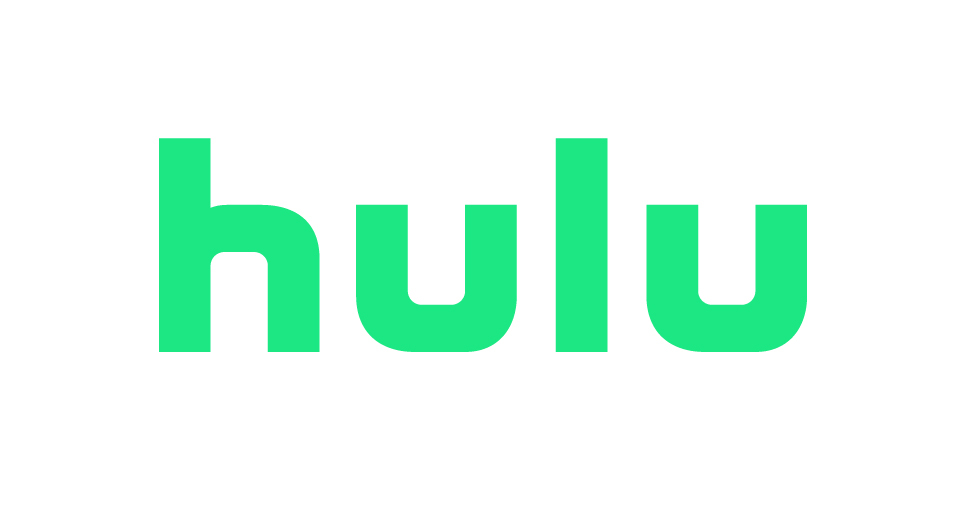 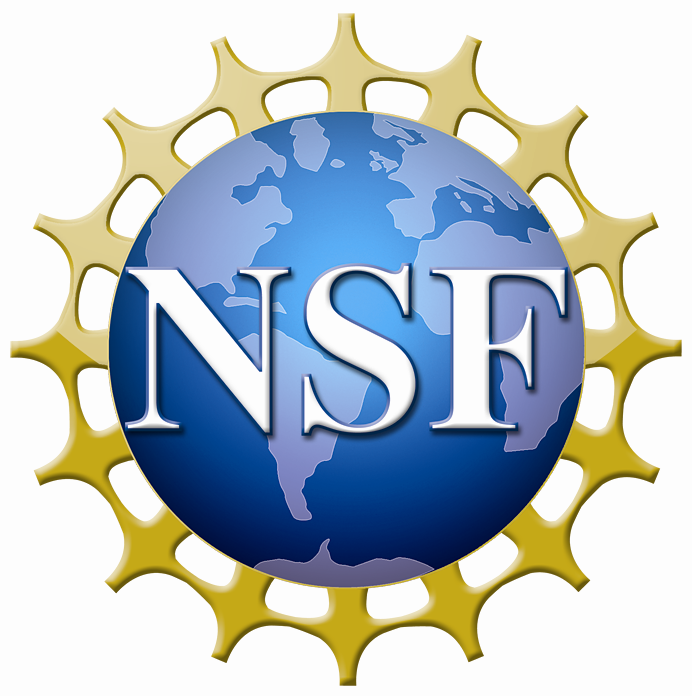